Spice of the Week: Vanilla

Is there anyone out there who doesn’t know vanilla? Still, there’s much to learn about this fascinating spice.

Vanilla beans were actually introduced in Europe in 1521, when Spaniards brought them over after discovering them with the Aztecs. Its name is actually derived from the Spanish “vainilla”, which means “pod”. The Indians actually used vanilla pods as currency, and today, it still is a very valuable spice. In fact, its high price led to the appearance of many imitation vanillas that are often synthetically created.

Find out more at the Biodiversity Library Exhibition. 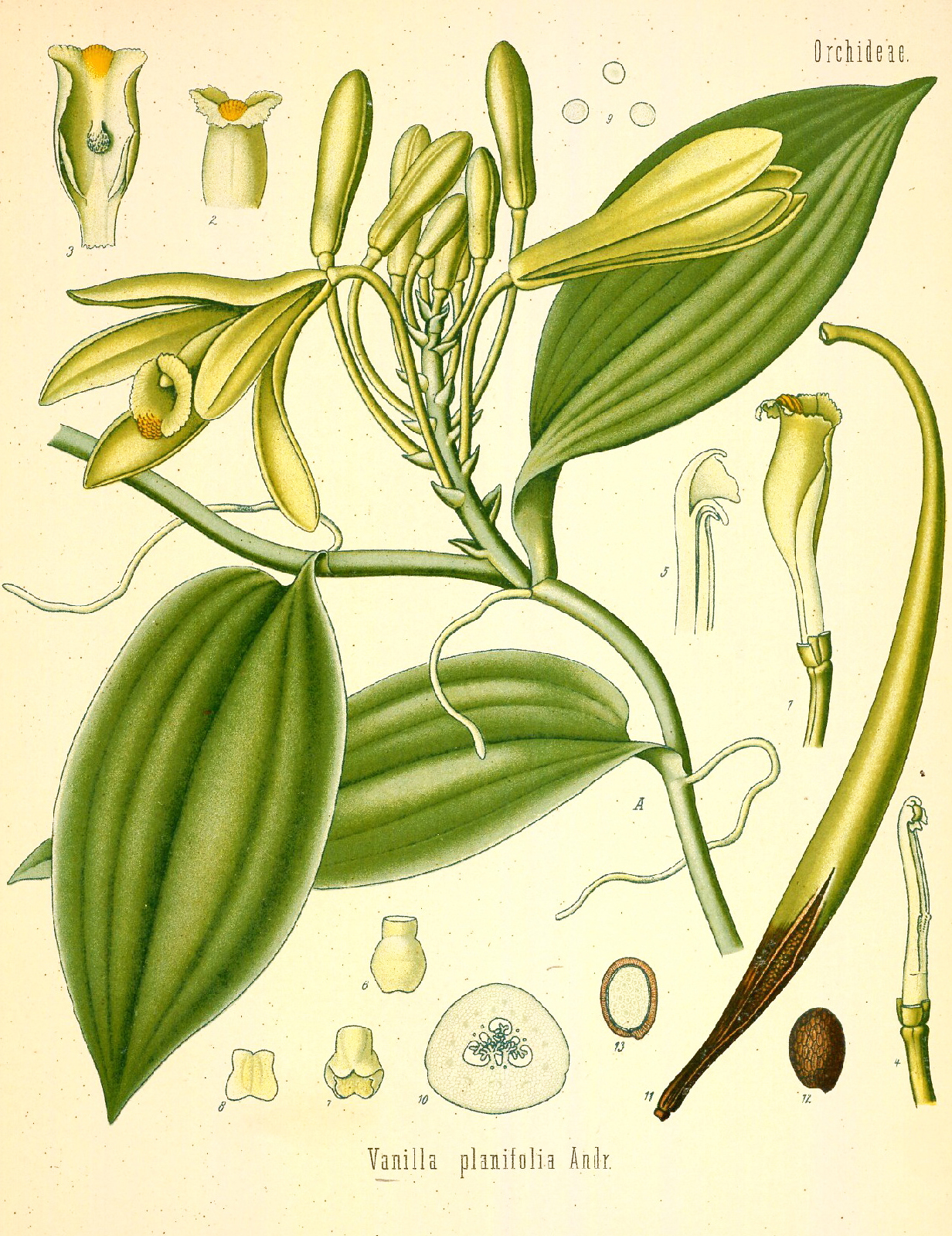 Boil sugar and vanilla into a syrup. After cooling, pour in alcohol. Let vanilla soak 14 days, then remove. Liqueur is light-colored, but may be darkened with caramel.