Spice of the Week: Cumin

We are back after a small pause which was caused by massive upgrade of BLE platform on which will we will inform you in prepared special blog. It’s that time of the week again when we take a look at a specific spice in the Biodiversity Library Exhibition. This time up: cumin! 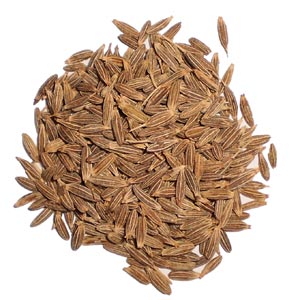 Cumin consists of the dried or ground seeds of the herb Cuminum cyminum.  It originally was cultivated in the Far East. They are a common ingredient in African tagine and cuscus, and in Spain, cumin is often mixed with cinnamon. 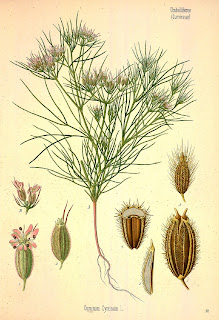 One of the most interesting anecdotes involving cumin is probably the one of C. Julius Vinder,  a Roman living in the time of emperor Nero. He used cumin to induce paleness, and pale as a ghost he went to find the emperor. and promised to make him his heir, if Nero would grant him authority over Gaul. The greedy emperor immediately did so, eagerly anticipating Vinder's death, who, however, was healthy as a horse. 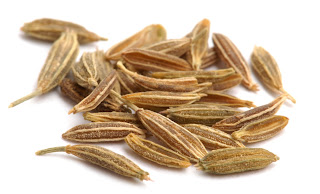 Check out more on cumin in the Biodiversity Library Exhibition.