Spice of the Week: Rosemary

This week, we’re highlighting rosemary as our spice of the week. With its biblical tradition, the relevance of this spice goes much further than just usage in the kitchen.

Legend has it that when Jesus' family was resting during their escape to Egypt, Mary spread her robe on a rosemary bush. Henceforth, the shrub was known as the Rose of Mary, which explains its contemporary name. The plant was also important in ancient Greece, where students wore rosemary wreaths which they believed would help their scholastic effort. It was supposedly sanctified by goddess of love Aphrodite, and it served as a symbol for fertility, love and reliability.

Discover more on rosemary at the BLE! 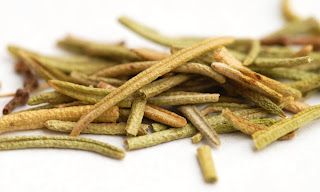