Spice of the week: Thyme

This week’s featured spice is one of the more traditional spices found in cooking today: thyme.

Thyme, which has been known and used for its medicinal properties for thousands of years, is one of the strongest antibiotic herbs known today. In France, it is even referred to as “poor man’s penicillin”. It acquired this name because thyme stimulates the production of white blood cells, which strengthens the body’s immune system. 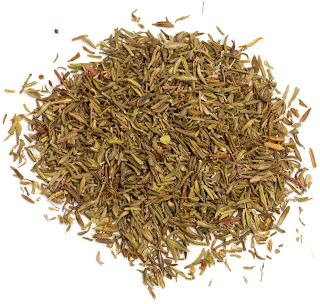 Find out more about Thyme at the Biodiversity Library Exhibition.

Salt duck, rub with thyme mixture of thyme and oil, fill cavity with sections of orange, apple, bay leaves and parsley. Bake. When the duck is almost tender, baste with wine. Continue frequent basting until skin is crisp and red. Finish by adding orange juice and cut-up skin to drippings. Portion duck, surround with orange slices baked in butter and sprinkle with thyme. Serve with rice, white bread or potatoes.
Posted by BHL-Europe WP5 No comments:
Email ThisBlogThis!Share to TwitterShare to FacebookShare to Pinterest

BLE as virtual bridge between projects, content and knowledge

We are glad to inform you that the BiodiversityLibrary Exhibition (BLE) is now connected to the Europeana portal via all images on informative cards. BLE is a virtual exhibition focused on disseminating  natural history content (literature, illustrations and images) to the broader public via curated collections centered around a variety of themes.. BLE is also creating interconnections between portals/archives which are providing content under public domain or variable CC licenses.

BLE was officially launched in February as a virtual exhibition for Biodiversity Heritage Library Europe and BHL US/UK. Since then, BLE has disseminated natural history literature via two thematic topics, Spices and Expeditions, using impressive illustrations, interesting information and high quality images. These exhibitions also link to the BHL-Europe and BHL-US/UK portals.. The BLE platform was developed by a team from the National Museum Prague and developers from the IT4Care company under the BHL-Europe project. Since the BHL-Europe project’s closure in April, 2012, BLE has been released as an as open source application. The Prague team is also involved in the OpenUp! project, which is providing Natural History content for the Europeana portal.  A new BLE topic, "Poisonous Nature," is under development by the OpenUp! project and will use content from BHL (illustrations) and OpenUp! (images) which are displayed on the Europeana portal. ”Poisonous Nature” offers a great opportunity for OpenUp! And Europeana to use this platform and reach expanded audiences, including those of BHL-Europe and BHL US/UK.

Development work on BLE is still continuing and additional platform improvements are being implemented. At the global BHL meeting in Berlin, June 2012, project participants decided to share BLE with all possible global BHL nodes, including Australia, China, Egypt, Brazil, US and Europe (with possible participation in sub-Saharan Africa in the future), allowing these nodes to create new, interesting thematic topics, link them to variable portals including Europeana, BHL-Europe,BHL US/UK, EOL etc., and use it as a dissemination tool. Once the platform is populated with a wider variety of thematic exhibitions, the potential to reach broader audiences will rapidly grow, particularly if disseminated via global partners. BLE will serve as a central repository, allowing content providers to reach new audiences, while simultaneously being promoted by a variety of BHL nodes.

The addition of new topics and information will also expand the potential for use in the education sector, introducing the content and knowledge in attractive ways for future generations.

In order to share BLE via other partners, such as Global BHL nodes, project organizers will coordinate an international workshop as part of the TDWG conference in Beijingin October 2012. The event is open to everyone. If you would like to know more about this workshop, please contact us via the BLE contact form.
Posted by BHL-Europe WP5 No comments:
Email ThisBlogThis!Share to TwitterShare to FacebookShare to Pinterest

Spice of the week: Dill

Dill is our Spice of the Week, and while it’s often celebrated for its favourable effects on our health system, this post will focus on its fascinating history and relevance to old cultures.

In ancient Rome, for instance, dill represented life energy, and gladiators rubbed their muscles with it before combat. Its usage in Greek society was slightly less spectacular – the Greeks used it to remedy a hiccup. The middle ages saw dill being used as a protection against witchcraft and magic – even though “witches” were said to use it in many magic potions themselves. It also served as an aphrodisiac that boosted men’s passion and endurance. 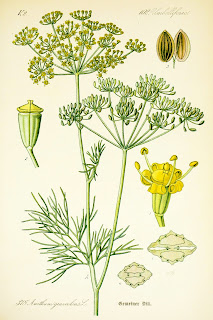 Find out the rest of its history, along with its favourable health effects, on the Biodiversity Library Exhibition! 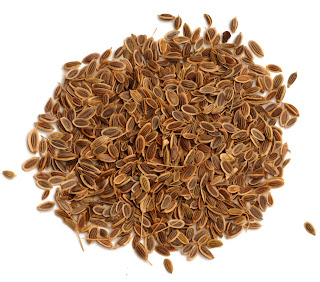 For inspiration how to use dill in your kitchen you can try:

Halve chickens, salt and pepper to taste. Melt butter in pan, add sliced onions and sliced mushrooms, place chicken halves on top and cook. Transfer chicken with onions and mushrooms to a baking dish. Fry flour in remains of fat in pan to make a roué, add sour cream, bring to a boil, add dill and pour this gravy over the chicken halves. Cover dish and simmer on medium heat until chicken is tender.

Posted by BHL-Europe WP5 No comments:
Email ThisBlogThis!Share to TwitterShare to FacebookShare to Pinterest

Spice of the Week: Clove

By now, you must’ve guessed that most of our “Spices of the Week” can be used in many different ways. This week, we take a look at another versatile spice in the BLE collection: clove. 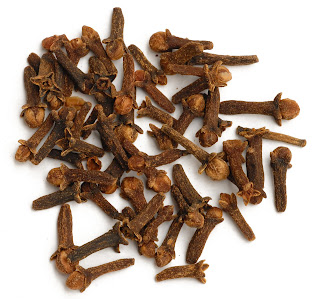 During the summer, for instance, you can easily press cloves into a lemon, thereby creating an effective mosquito repellant (which is infinitely more healthy than using chemicals, for sure). And in dentistry, clove oil is used as a painkiller and as an ingredient in dental prosthetics. They consist of the unopened flower buds of the tropical tree Eugenia caryophyllata, and they can be used in dried, whole or powder form! 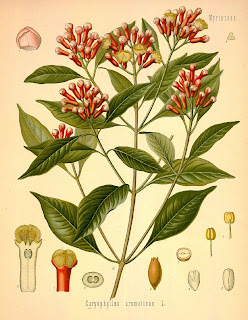 Its background is equally interesting, going back to the Dutch occupation of the Maluku islands. But for that story, you will have to check out the  BLE ! 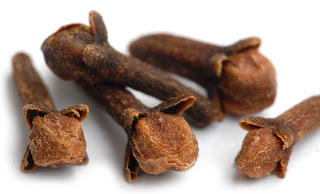 Tenderize meat and push pieces of bacon into the beef. Salt and pepper to taste and braise in oil on all sides. Add chopped onion, garlic slices, cloves and oregano, and bake. Baste with wine, add sliced tomatoes (or tomato paste) and simmer on medium heat until tender, adding water as necessary. Tender meat is sliced into portions and smothered in blended cooking juice. Served with rice, pasta or dumplings.

Stay tuned with BHL-Europe!
Posted by BHL-Europe WP5 No comments:
Email ThisBlogThis!Share to TwitterShare to FacebookShare to Pinterest

Spice of the Week: Saffron

This week, we focus on the most expensive spice in the world (even today): saffron, a spice coming from the Crocus sativus. 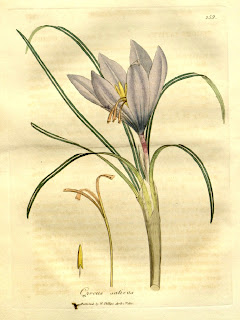 Saffron was of special importance to Roman nobility, as saffron water was sprayed in arenas, theaters and spas. Saffron also played an important role during Roman nobility’s banquets. The Romans referred to saffron as “crocus”, presumably derived from the Greek term “crocos”. The current name “saffron” probably comes from the Arabic “za fran”, which means “be yellow”. 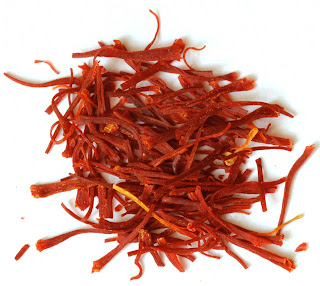 Sauté onion in butter, add cut up meat and cook about 5 minutes, stirring constantly. Add salt, spices and sliced peppers. Simmer covered until meat is tender. Towards the end, add raisins and saffron. Serve with rice or pasta.

Find out more at the BLE! Stay tuned with BHL-Europe!
Posted by BHL-Europe WP5 No comments:
Email ThisBlogThis!Share to TwitterShare to FacebookShare to Pinterest
Newer Posts Older Posts Home
Subscribe to: Posts (Atom)