BHL-Europe and Science on a Plate

Science on a Plate, Scotland’s first festival celebrating science and food, will take place at the Royal Botanic Garden of Edinburgh from 31 March to 9 April 2012. The ten days of “cooking, tasting and scientific discovery for all the family”, will feature cooking demonstrations, cookery sessions for children, discussions on science and food and other fun activities.

And on 2 and 3 March the BHL-Europe team will be on hand too to present the Biodiversity Library Exhibition on Spices, as part of the pre-event exhibition. Demonstrations and tastings will be organized, with the national Scottish dish haggis (and the spices used in its preparation of course!) as one of the center pieces. 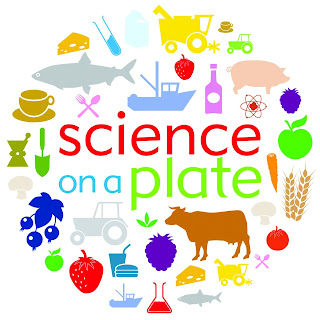 The free Science on a Plate-exhibition at the RBGE, has been open since 2 February, and informs visitors on where the food on our plate comes from, who is involved in food production and the role science plays in food production. The exhibition also introduces RBGE’s Edible Gardening project which helps people to grow their own vegetables and fruit.

So if you’re interested in food or spices, you would do well to visit Science on a Plate! Or, as the Scottish might say, come awa and try a wee bit of spice…
Posted by BHL-Europe WP5
Email ThisBlogThis!Share to TwitterShare to FacebookShare to Pinterest