The Farmers market in Prague (Czech Republic) was held several days before Christmas. Given that the farmers market attracts thousands of people (especially before holiday seasons), we jumped on the opportunity to present the BHL-Europe project!

But what does BHL-Europe have to do with a farmers market? The answer lies in the Biodiversity Library Exhibition – a virtual exhibition of the content found in the Biodiversity Heritage Library for Europe. The first such exhibition focuses on spices, and their representation in old biodiversity literature. That’s why we decided to organize a “Get to know the spice”-event. Children and families were treated to a degustation, as well as to a variety of games and puzzles. 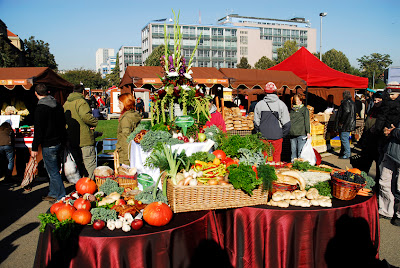 The BHL-Europe virtual exhibition BLE will officially be launched in February, but visitors to the Farmers market already got a good taste of what’s coming!

Check out more photos of the event on our Facebook page!


﻿
Posted by BHL-Europe WP5
Email ThisBlogThis!Share to TwitterShare to FacebookShare to Pinterest